3 Causes Of Why Your Energy Bills Are Going To Skyrocket… And What You Can Do About It Now!

Do you enjoy your energy bills going up every month… or have you had enough yet?

Are you tired of watching all your hard-earned money going to pay for your ever-increasing energy bill?

Needless to say, we all are.

Your energy bills are going to increase … up, up, and away.

99% of American citizens will most likely be hit with these through the roof energy rates … but you can avoid this by just doing something relatively easy right now – ahead of the spikes.

First, let’s discuss the 3 causes of your energy bills shooting to the moon in the near future…

Cause #1: America’s least expensive and highest abundance of energy comes from Coal…

But that’s changing over time…

Coal is still the main source of electricity for the always hungry US power grid. It accounts for more than 40% of our country’s electricity because it’s inexpensive, plentiful, and can be stockpiled very easily.

But, many coal plants in the country have had a hard time staying open and operating efficiently with all the partisanship politics going on in Washington D.C.  It doesn’t matter what your politics are here because whether you’re on the right or the left… there is massive dysfunction in our current political system.

…and dysfunction means instability, which will most likely lead to skyrocketing electricity rates.

…and because it will cost the energy companies more to operate and to provide you with electricity – they will make their profit one way or another. That means they’ll pass these costs on to you, just like they always have and will always do.

Daniel Kish (Senior Vice President of the Institute for Energy Research) once said, “everywhere you turn, there are proposals and regulations to make prices go higher.” This can change depending upon who is in the White House.  However, history has shown that energy can be unpredictable due to unforeseen events (such as the 9/11 terrorist attack, the 2008 financial crisis, the 2020 coronavirus, etc.) There is always some type of unforeseen event just around the corner.  Couple this fact with a dysfunctional political system and the recipe is set.  The result is American’s paying more for energy… and that could be 35%-70% or more in the coming future.  This will have an impact on every American household.

Again, it doesn’t matter what side of the political debate you’re on.  That’s not the point here.  The point is that regardless of the solution, at least in the foreseeable short-term, there will be pain for American households when it comes to energy.

Many American’s are starting to open their eyes.  It’s not about the political debate, it’s about the reality of what you’re going to do about the situation we all live in with rising energy costs. American’s aren’t panicking, but instead are planning ahead, taking control of their own situation, and preparing now by producing their own cheap, renewable power supply at home.

Cause #2:  The Energy Grid is Rapidly Aging And Squealing For Help…

Our nation’s energy grid is very, very old and aging fast (some of it dates back to the 1880s)!

Here’s an alarming fact, the American Society of Civil Engineers gave our energy grid a grade of a D+ (very poor in case you’re wondering)…

They said the grid needs $673 billion worth of urgent upgrades and repairs …or, we could be facing a widespread power crisis. 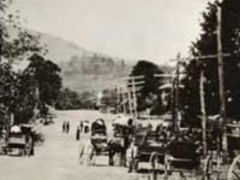 Power Lines (Pre-1900s). Much of the original energy grid is still in use and will need $673 billion worth of upgrades soon!

You can bet that the Government and energy companies will not be the ones paying this bill…But something has to be done soon because the grid worsens every day and is more and more at the mercy of bad weather, increasing energy demands, and unfortunately terrorism and cyber-attacks.

How does this impact you? …Well, the power companies DO have to repair and upgrade the grid – otherwise, widespread power crisis is inevitable…

But take one guess as to who will pay the bill?  The Government?  The energy companies? … That’ll be the day!

… It’s YOU! …in the form of increased energy rates.

However, you do not have to be a victim here! Because you can control your own fate now by easily and cheaply producing your own power at home.

Cause 3:  The Demand for Energy is Exploding…

The supply of inexpensive energy is limited and the demand for more power is increasing exponentially.

As time moves forward, American’s have built bigger and bigger homes, bought larger appliances, humongous TVs, and we now live in an online “plugged in” society.Think about this…

The average American family uses more energy than ever before in the history of the world – and this is just the beginning.

So what do you think… will this trend increase or decrease? Not only will it increase, but it will go through the roof and push our power grid to its limits.

You don’t have to be an Economics Major to know that when demand goes up and supply goes down – prices will rise!

Unfortunately, we can’t stick our heads in the sand and hope it will go away … energy rates will skyrocket for all Americans – which is why many Americans are looking into a cheaper way to get their power.

Is there a more efficient and effective way?…

In the past, there was not, but things have now changed…

You used to have to take it where the sun doesn’t shine and pay whatever “Big Energy” charged you each month for your power. An alternative is to produce your own energy at home with residential solar panels or wind turbines.   But, until recently this used to be far too expensive for the average American family.  Purchasing a solar panel system used to cost more than an average American family made in an entire year!

You might even be saying about right now, “yeah, but what about all these great deals on solar panel systems that you can now lease?”  All I’ll say to that right now is… have you read the small print?  No, well… go do that and then let’s have this discussion.  I’m not saying it not a good deal for some people, but I am saying it’s not the greatest deal for a lot of people.  There’s an alternative to consider before going down that road.

A really unique and new method completely changes the game and now allows anyone to easily make their own free, renewable, and clean energy at home.

And when I say this method is easy …I mean easy peasy!

Many families all over the U.S. have used this simple method to generate their home energy needs.

So if you’re someone who really wants to:

…then you should review this brief presentation.

Watch it right now though because I have no idea how long it will be up.  The “Big Energy” companies aren’t going to care much for people learning about this easy (and totally legal) new and very realistic method to reduce their energy bills.

I mean, you can do something else right now… or, you can take control of your own situation and create a huge impact on your family’s life (and bank account)!

Check it out here!